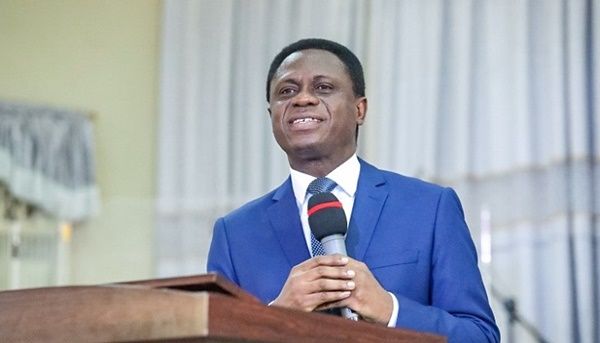 The Second Vice President of Ghana Pentecostal and Charismatic Council (GPCC), Apostle Eric Nyamekye has urged Christians to continually engage in prayer since it has the potency to change situations.

Apostle Nyamekye who is also the Chairman of The Church of Pentecost said this in a live televised sermon on Pent TV, the official television station of the church, during a Special Evening Service.

Speaking on the topic, “The Relevance of Prayer,” he underscored that prayer is relevant in all situations.

He indicated that, prayer is one of the most central activities of religious life and central to all religious activities.

The Second Vice, however, expressed concern about the fact that prayer is under attack because the world today does not appreciate prayer.

Reading from Luke 11:1; 5:15-16; 6:12; Mark 1:35, among other texts, Chairman Nyamekye emphasised that Jesus Christ lived a prayerful life whist on earth, saying, “Jesus was and is still a prayer warrior because He is at the right hand of God interceding for believers.”

As a prayer warrior, Apostle Nyamekye explained that Jesus did not only teach his disciples how to pray but how to engage in the act of prayer as well.

He said, “If Jesus, who is God, could pray like this, then men ought to pray as well because there is something in prayer.”

Therefore, he, called on Christians to pray without ceasing since prayer is very relevant in the life of the believer.

The Chairman defined prayer as communication of a worshipper or supplicant with his or her deity.

Apostle Nyamekye cited an instance in Isaiah 38:1-8, when King Hezekiah, on his sick bed, prayed fervently to God and had his life prolonged by fifteen years after God Himself, through Prophet Isaiah, had told him to put his house in order because he was going to die and would not recover.

Chairman Nyamekye expounded that, though God decreed, someone also prayed, and this which caused God to make a review, so “prayer is the kind of weapon that changes God’s mind and it can always make the difference.”

Touching on contemporary and scientific worldviews that refute the existence of God and His relationship with mankind, the Chairman read Daniel 4:20-26 and refuted those claims and theories, emphasizing that, “God, the Most High, still rules the kingdom of mankind.”