Home “Covid-19 patients must not die in sin” – GPCC Member 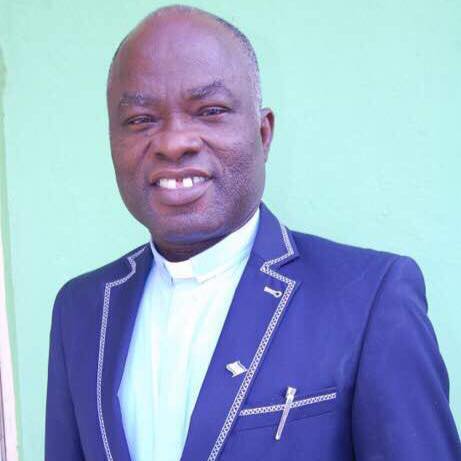 “Covid-19 patients must not die in sin” – GPCC Member

A member of the Ghana Pentecostal and Charismatic Council (GPCC), Apostle James Kofi Abbrey has stated that God never wishes to see thousands of people die across the globe in their sins.

Hence, he said, God is grieved to see His Children dying painfully in the midst of Coronavirus disease known as COVID-19 which has been declared by the World Health Organisation (WHO) as global pandemic.

Speaking with GPCC NEWS Team, Apostle Abbrey said “we cannot say God is the one who has brought this crisis upon His children because we have not gone to ask him.”

Millions of People dying unprepared, he noted was never been the wish of God, referencing Ezekiel 8: 23 -24 which says “Do I take any pleasure in the death of the wicked? Declares the Lord God. Would I not prefer he turn from his ways and live? But if a righteous man turns from his righteousness and practices iniquity, committing the same abominations as the wicked, will he live? None of the righteous acts he did will be remembered. Because of the unfaithfulness and sin he has committed, he will die.”

According to him, the world cannot stand the judgement of God adding that, if God was to judge His people, it would not be through the use of a pandemic.

“We thank God He is still reigning no matter the situation we find ourselves in as a country and nation,” he encouraged.

Strengthen your Relationship with Christ

Apostle Abbrey who is also the Head Pastor of Divine Builders Bible Church and former lecturer at Perez University College admonished that, this is the time to appreciate the love of God and draw closer to Him.

Highlighting on the verse, the revered said if anyone wants to follow Christ, then the person should serve Christ Jesus wholeheartedly and understand that he or she should have a good relationship with him or herself and their neighbours.

The Apostle pointed out that, this is the time individuals must love God, love themselves and their neighbours.

To those who do not know God, he advised that, they must invite God into their lives and strengthen their relationship with Him.

According to Apostle Abbrey who is a professional counsellor, those who have a healthy relationship with God are those who are happy in life.

Misinformation about the pandemic

Commenting on the pandemic, Apostle Abbrey observed that, everyone wants their voice to be heard.

“We talk too much, some are saying the world is coming to an end among sort of things. Everyone wants their voice to be heard but this is the time to get closer to God and ask God what do you want to tell or communicate to the world?” he advised.

Sharing his lesson from the pandemic, Apostle said he has come to understand that, “we need each other as people.”

He concluded by saying Christians must pray fervently to God because He is the only one who has answer to what is going on round the world.